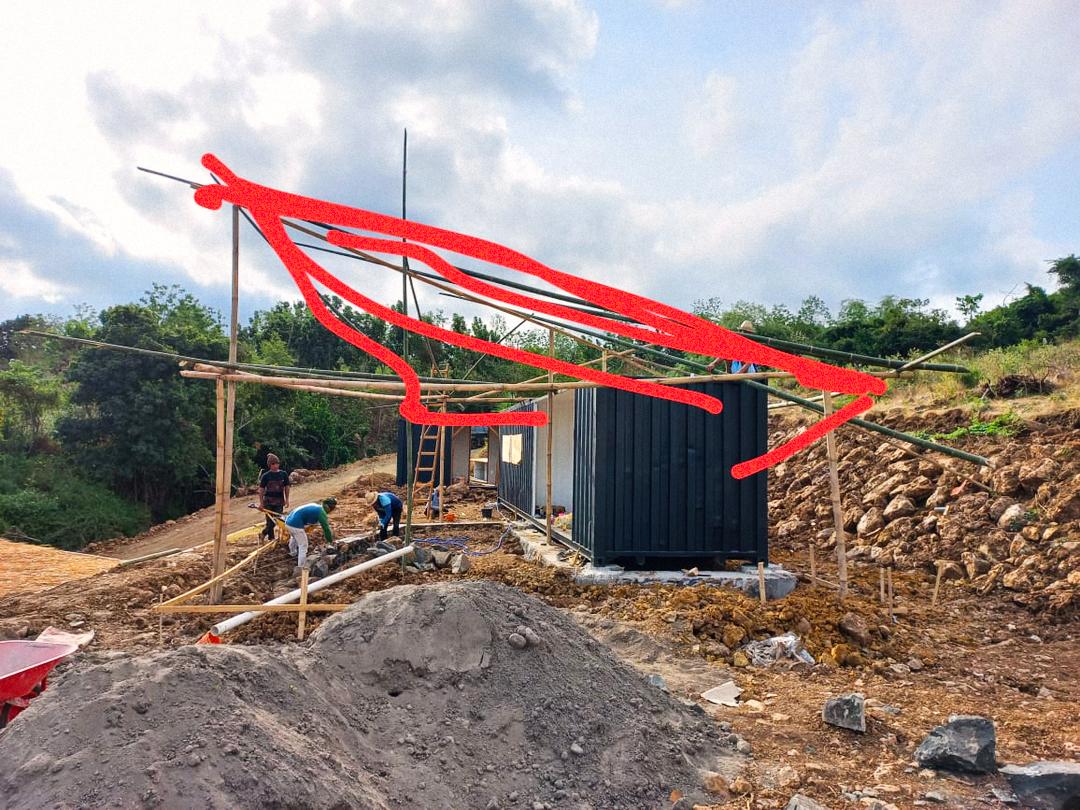 With the containers onsite things start moving, other bits and pieces start coming together too, lots going on! 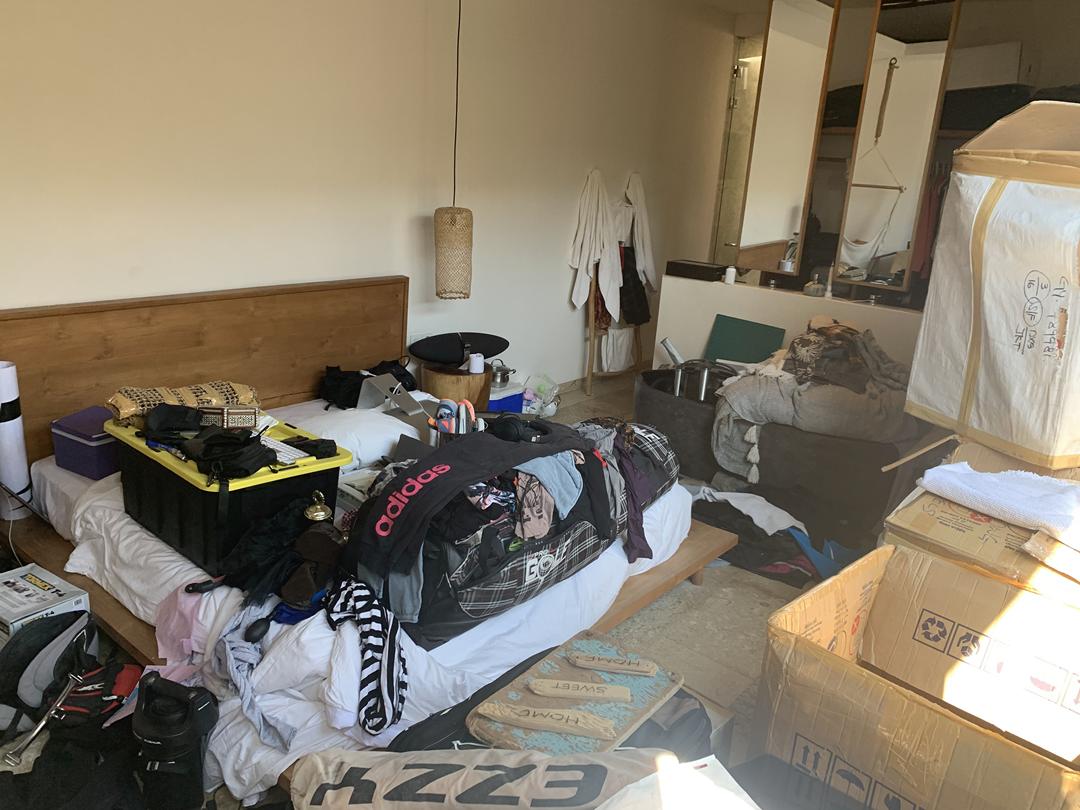 Security screens, a major part of the decor too. I searched for 'cnc plasma cutting Mataram' well f me! This guy has a monopoly in Lombok and he's wasted doing garden gates for sure. As soon as I found him I got onto 'Illustrator' and drew up two designs, you'll see close up pics in a later blog, one for the kitchen and one for the man cave. His machine is 2.4m so I had to split the designs in half, they are cut from 2mm steel, that's the thickest his machine will cut but plenty thick enough for our purpose. 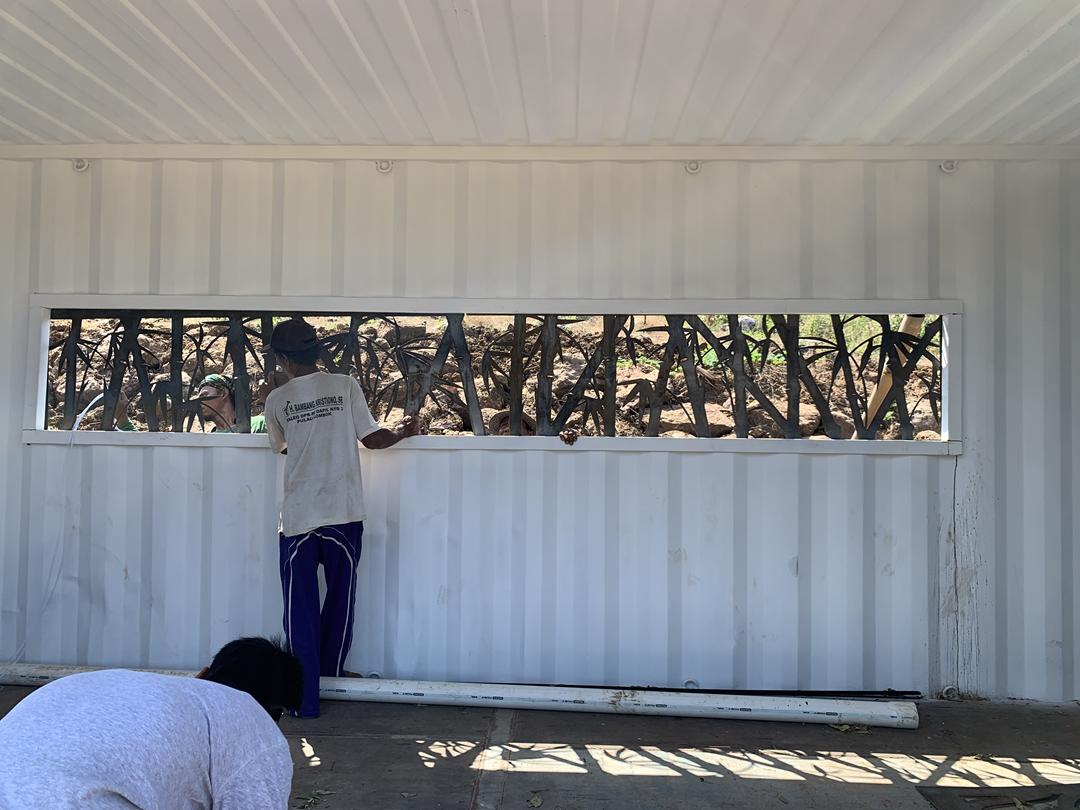 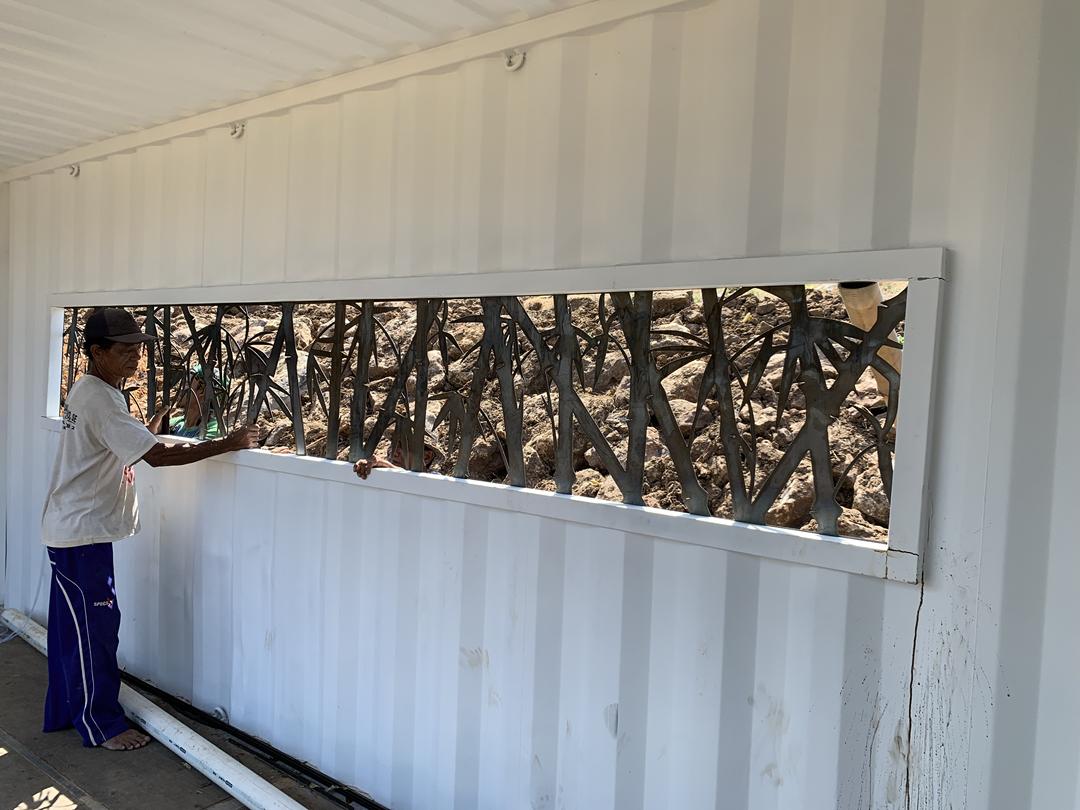 Trench being dug for MEP, the water pipes and electric cables, from one end of our plot to the other around the perimeter as the well is at the opposite corner to the house. 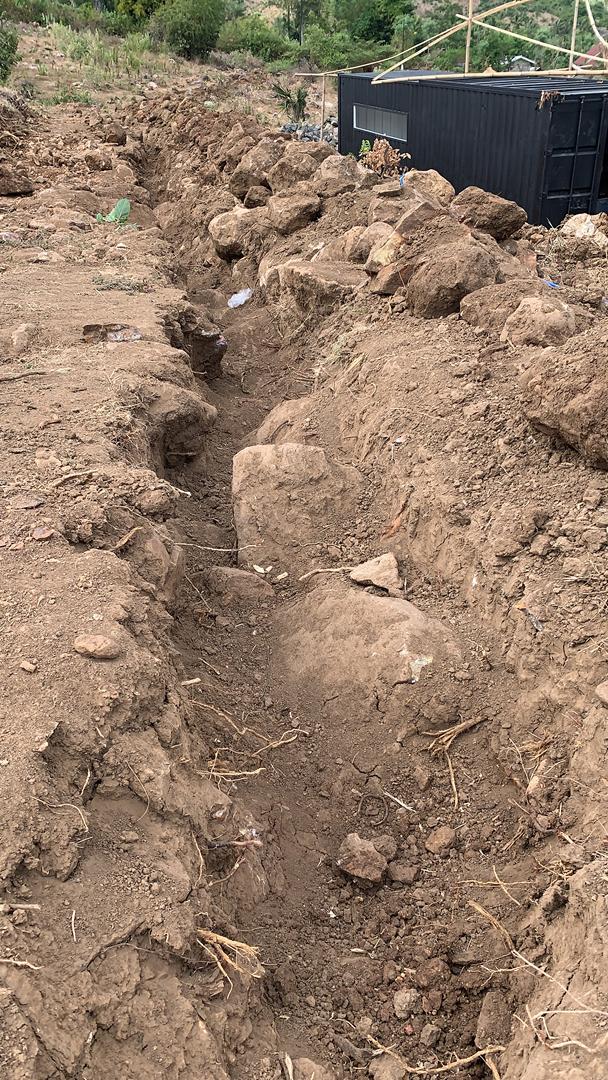 Concrete pad foundations being prepared around both containers. 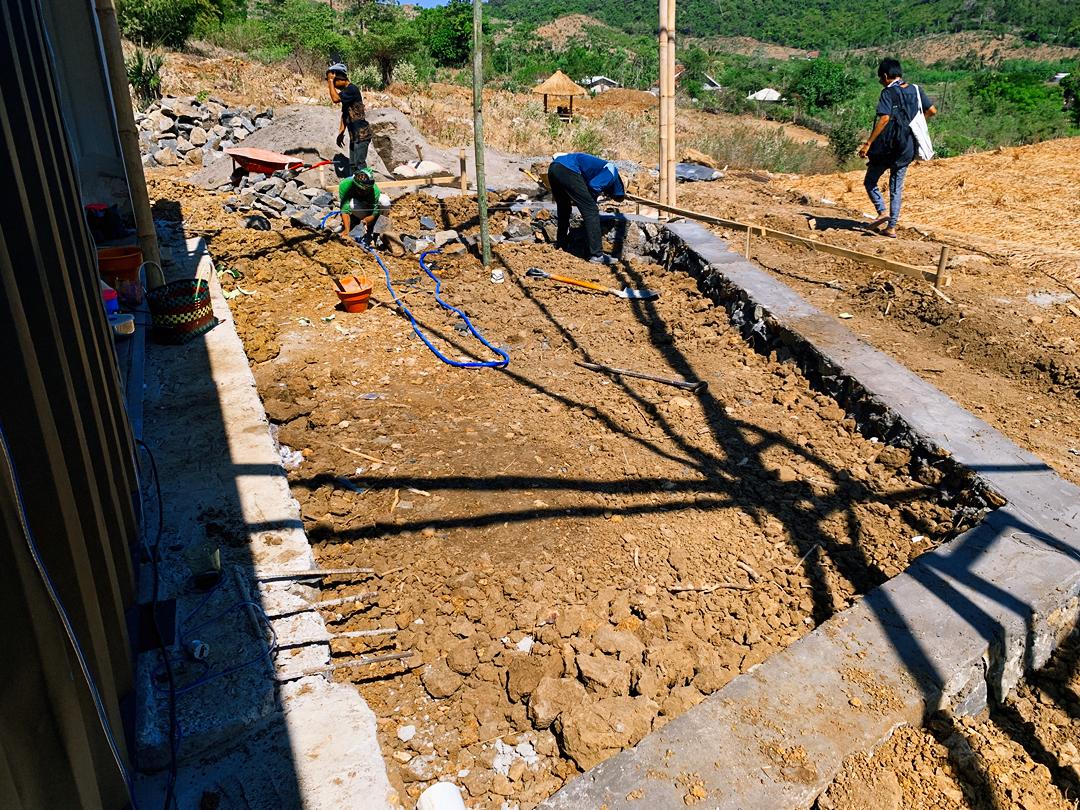 Another project foundation going in, a small classroom/playroom for the local kids. 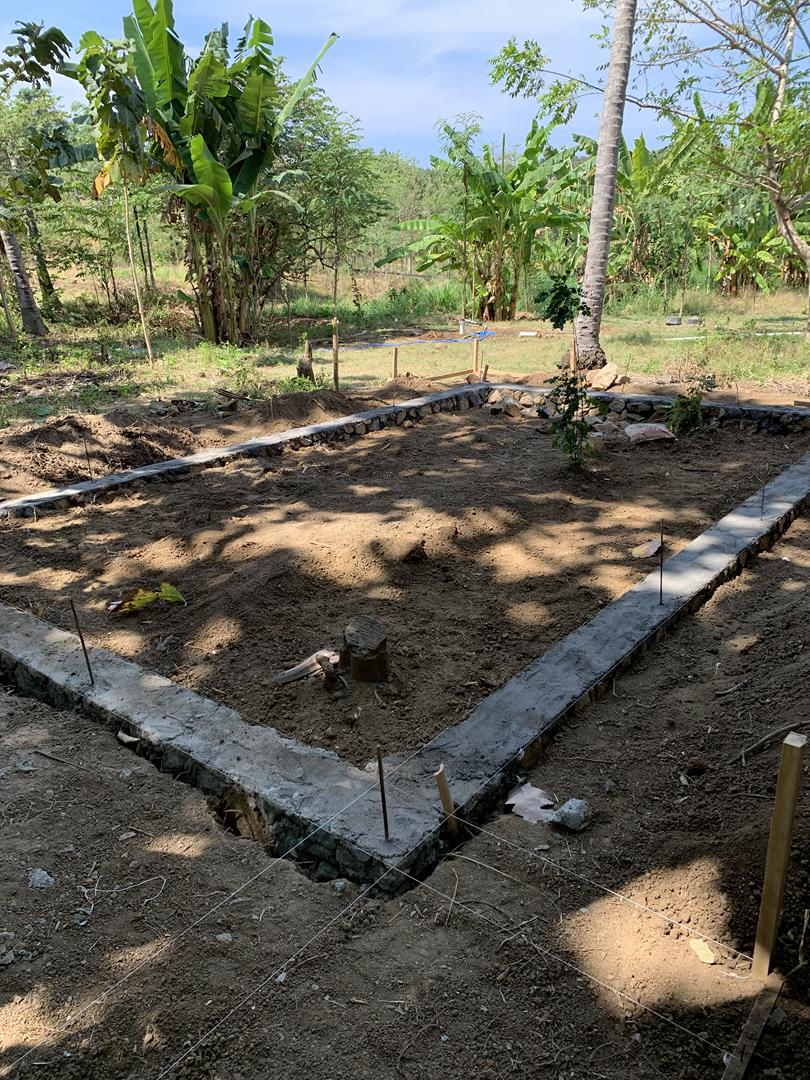 Roof mockup being set up. We have some grass too. 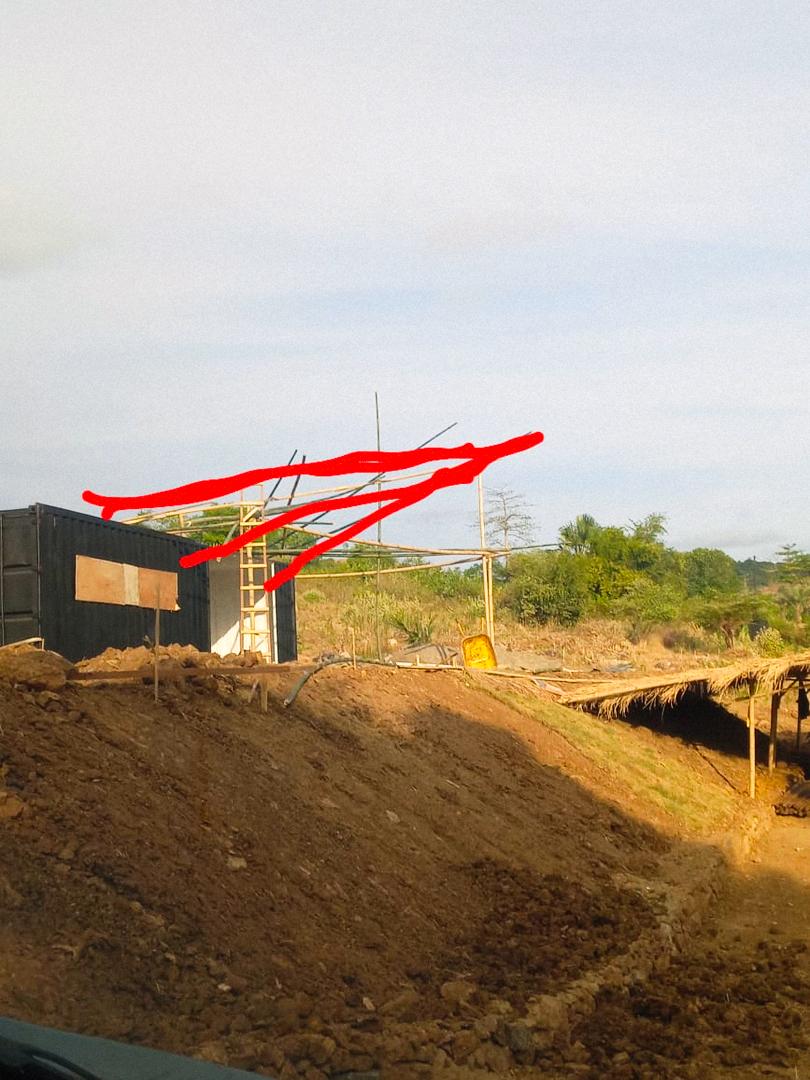 And a rolling door, that's a big week huh! 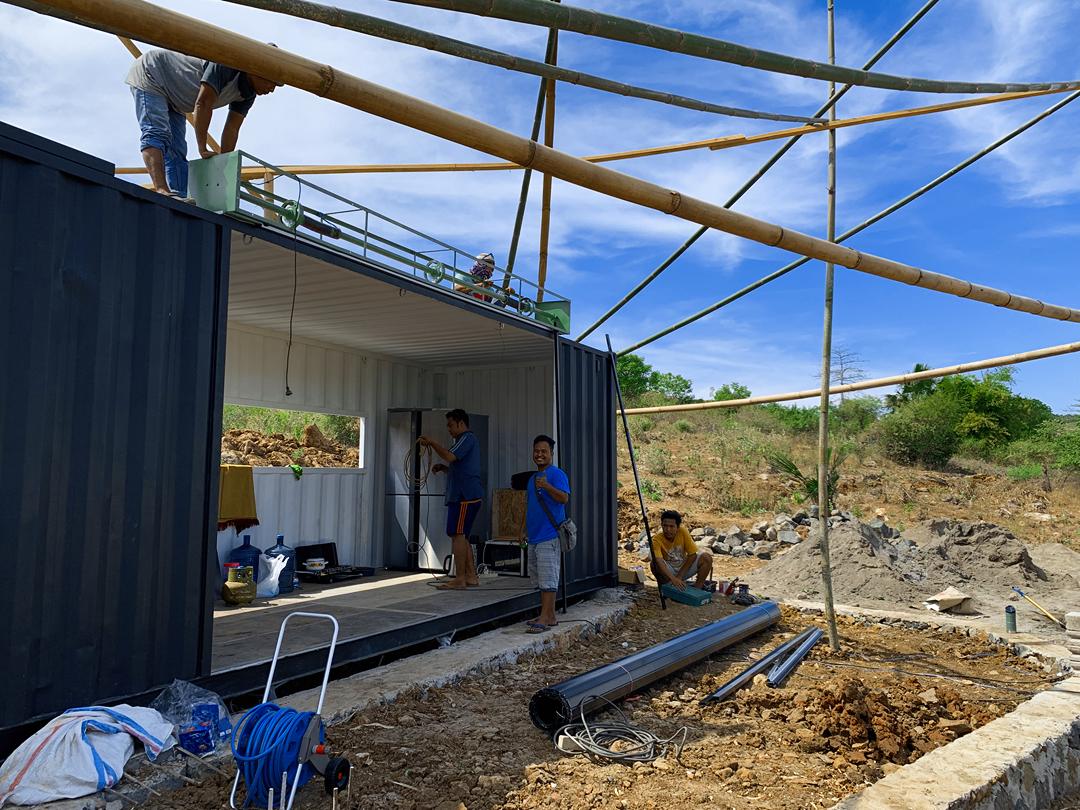 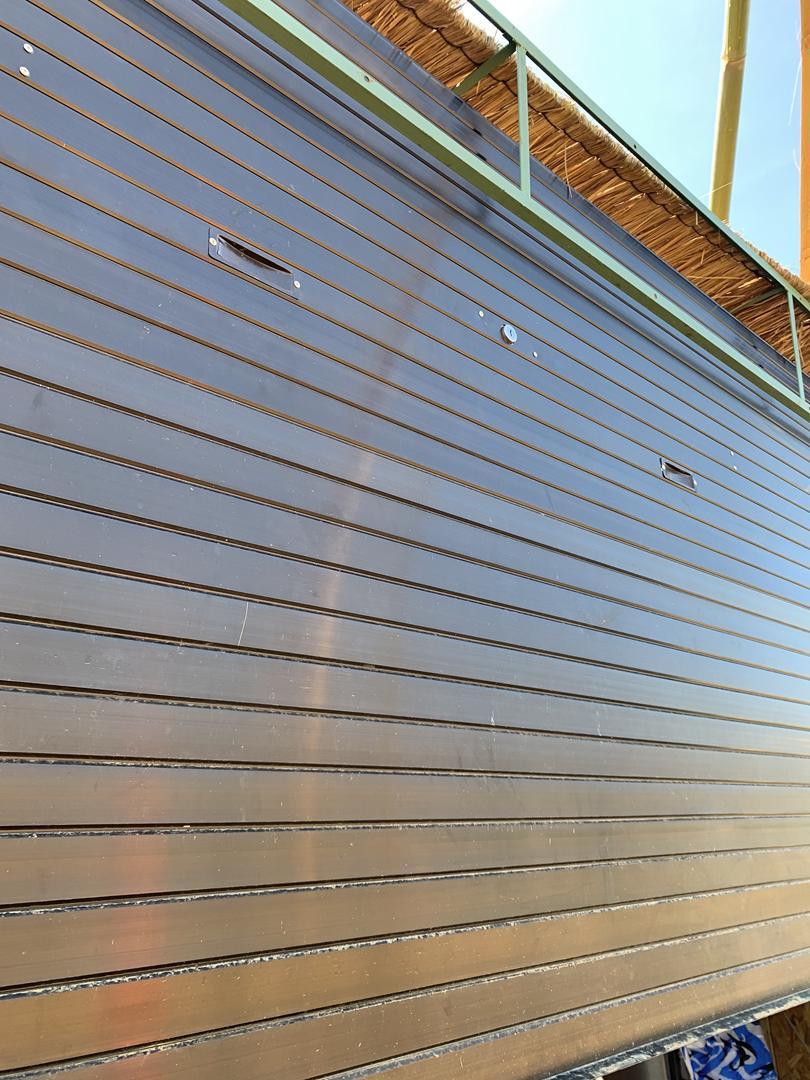 Lombok.Rocks Building Blog
Get up to date with our building projects, onging until we have to start renovating, and I suppose then there'll be a renovation blog :)

Any questions ….. get in touch and we'll do our best to answers them, or you can come round for a visit of course.

If you're new here, click the year and scroll down to get to the earliest.